When you hear the word «energy», the first images that come to mind are probably those of nuclear power plants, solar panels and big pieces of machinery. In the case that you are a physicist or a chemist, you might think about thermodynamics or the energy associated with electromagnetic waves. If instead you are a biologist, energy can only be associated with one molecule and one protein: ATP and ATP synthase.

In this article, I will describe what ATP is and what it does, how our bodies are able to synthesise it thanks to ATP synthase in the mitochondria. Additionally, we might encounter a Nobel Prize winner or two along the way!

Adenosine triphosphate, normally abbreviated as ATP, is a highly energetic molecule. Adenosine is actually a nucleoside, which would fall under the category of nucleic acids, and it consists of an adenine (nitrogenous base) and a ribose (sugar). If the adenosine binds a phosphate group (

), it is now called adenosine monophosphate or AMP- a type of ribonucleotide that is found in RNA. If the sugar were instead deoxyribose instead of ribose (no oxygen at C2), then it would be a deoxyribonucleotide, the building block of DNA.

Therefore, as the name ATP indicates, this adenosine is bound to three phosphate groups. Below, you can see a diagrammatic representation of ATP and a more realistic depiction of the structure in 3D.

What is special about this molecule? It has the ability to transport energy around the cell, wherever it may be needed. The reason why it can do this is because of the so-called phosphoanhydride bonds that link each phosphate group together. These bonds store a great amount of energy which can be used in chemical reactions following their hydrolysis (breakage). The following reaction summarises the process:

The Gibbs free energy associated with ATP hydrolysis ranges from

depending on the cell’s conditions at 37ºC. This is considered a spontaneous process since

, meaning it can occur without having to provide extra energy.

In contrast, the vast majority of the essential reactions that happen within our cells are non-spontaneous. Luckily, by coupling (carrying out at the same time) ATP hydrolysis with a non-spontaneous reaction, as long as the overall

remains negative, these processes can be carried out. As an example, muscle contraction, phosphorylation of enzymes and the initial steps of glycolysis, rely on this coupling.

How do we make ATP?

While ATP hydrolysis is spontaneous, ATP synthesis is non-spontaneous (because it is precisely the opposite reaction). Therefore, we need some other type of energy to drive this process forward.

The food we eat contains energy stored in chemical bonds, much like ATP. Nonetheless, we cannot directly use a molecule of glucose to power cellular reactions. The sugar must be broken down first through a process known as cellular respiration:

Cellular respiration is an extremely complicated mechanism when studied in detail, which is why I will refrain from explaining it all in this article. The takeaway message is that a series of electron transporters (

) are generated. These electron transporters can interact with the respirasome (multiple proteins located in the inner membrane of the mitochondria) to pump protons from the mitochondrial matrix to the inter-membrane space. It will become evident as to why this fact is important in the next section.

Peter Mitchell, a British biochemist, was awarded the 1978 Nobel Prize in Chemistry for his discovery of the chemiosmotic mechanism of ATP synthesis.

The chemiosmotic hypothesis states that the electron transporters cause the respirasome to pump protons into the inter-membrane space in the mitochondria, generating a proton gradient. The pH gradient creates a proton motive force, which can harness enough energy to allow the phosphorylation of ADP (by ATP synthase).

Although he was laughed at when he first proposed this idea, many experiments have demonstrated that this is (at least with our current understanding) the correct mechanism by which ATP synthase is powered.

After having learnt about the role of ATP and the chemiosmotic theory, we can now look at the machinery that catalyses its production: ATP synthase. Often deemed as the smallest molecular turbine, the structure of this protein is worthy of admiration.

and the pink/light pink one is

. Connecting the two subunits in the center is the axle and lastly, the orange structure on the side is the stator. Most of the stator is shown in a diagram rather than with the protein because its structure has not been fully crystallised yet.

is responsible for transporting the protons in favour of their concentration gradient (from the inter-membrane space to the mitochondrial matrix). Each one of these subunits can contain up to 14 rotating hydrophobic helical chains, or c-rings.

subunit is made up of 5 polypeptides. The catalytically active part only consists of 3 polypeptides: the symmetrical hexamer in the form

subunit makes up an asymmetrical axle.

Half of the 1997 Nobel Prize for Chemistry was awarded to Paul D. Boyer and John E. Walker for elucidating the enzymatic mechanism underlying the synthesis of ATP. The other half of the prize went to Jens C. Skou for discovering the first ion-transporting enzyme, Na+/K+-ATPase (but this will be the focus of another article).

The sophistication of this mechanism is an amazing demonstration of how evolution has favoured the most efficient proteins with the available resources (only 20 amino acids). It is shocking to see such a mechanical system occurs within our cells, similar to how a windmill would work in real life.

It is important to note that within the

chains have catalytic activity. The rotation of the

subunit is what causes the axle to move, which in turn influences the shape of each

chain. According to this interaction, the

The axle rotates in series of 120º which cause each one of the conformations mentioned above.

Starting from the left, we can see

is in the O state, free to bind ADP and Pi.

, in the L state, is already bound to ADP + Pi and

finds itself in the T state, unable to release the generated ATP. When the

axle rotates 120º, the conformation of all of the

is in the L state,

has formed ATP and is now in the T state and

has released its ATP and is in the O state.

Every time the axle rotates 360º, 1 molecule of ATP is generated in each

chain, which accounts for 3 ATP molecules in total per rotation.

To summarise, we are able to carry out many non-spontaneous reactions thanks to the energy that is stored in the bonds of ATP. In order to produce this molecule, an enzyme called ATP synthase is needed. For this complex motor to work, a proton gradient must be established, which was effectively explained through the chemiosmotic hypothesis. Lastly, the movement of the asymmetrical

chains to adopt different conformations which will lead to the production of 3 ATP molecules per turn.

If you are interested in learning more or visualising this complex process I highly recommend watching this video which takes you through all the steps of the electron transport chain. 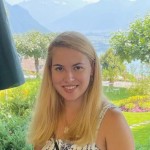